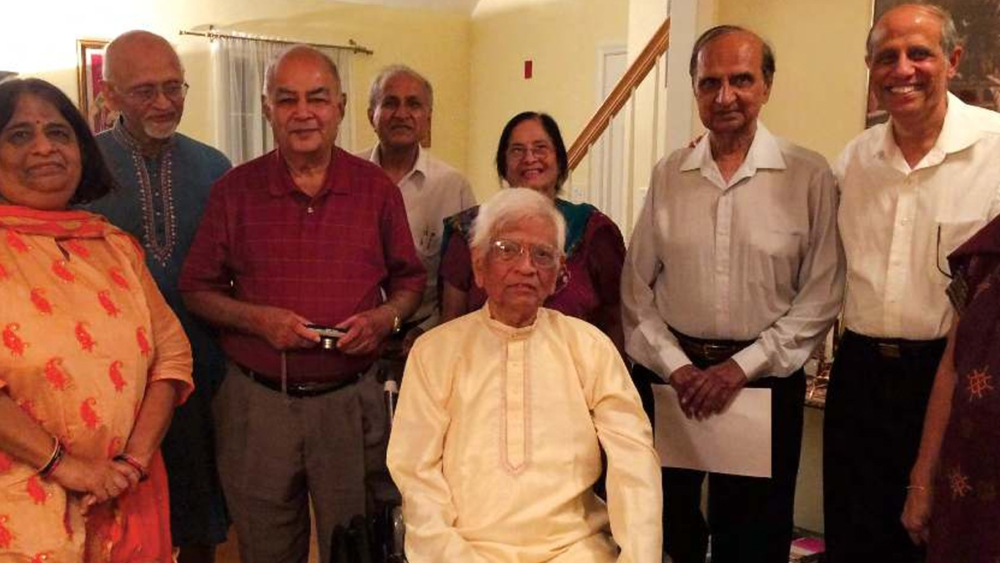 During the last over fifty years Dr. Maheshbhai’s name has figured very prominently among the Pravasi Bharatiyas in general and among those in US in particular.

Maheshbhai came to US as a professional chemist during late 1960’s and soon embarked in organizing the Hindus under the banner of Vishwa Hindu Parishad of America (VHPA).

He was a devoted and dedicated RSS worker in Bharat and used his organizational skill in building up the Parishad from scratch upwards. He worked in the Parishad at various levels including the General Secretary and President and also initiated such other outfits as Balvihar, Hindu Students Council, etc., in the Parishad.

He was one of the main spirit and motivators among the senior VHP workers and inspired others by his own example to devote time and energy for the social work. He soon became a known figure in the American public life and the international Hindu diaspora.

He also had a prominent role in fighting against the infamous emergency in Bharat during 1975/76.

Maheshbhai was a thinker, visionary and a powerful orator and had a soft heart behind his occasional and apparently hard outbursts.

He was a recipient of the Pravasi Bharatiya Award and was a known figure among the many Bharatiya dignitaries.

With his passing away the community has lost a stalwart. He lives behind a large number of followers, fellow workers and admirers and will be remembered for his devotion and dedication to the Hindu cause.

A loving husband to Raginiben, Maheshbhai was a fatherly figure to a large number of relatives.

Our sincere Pranams to the departed soul.

Dr. Shankar Tatwawadi Ji is a lifelong Pracharak of RSS. He served as Vishwa Vibhag Samyojak (Global Coordinator) of Hindu Swayamsevak Sangh (HSS) for several years and spent those years in UK and USA.