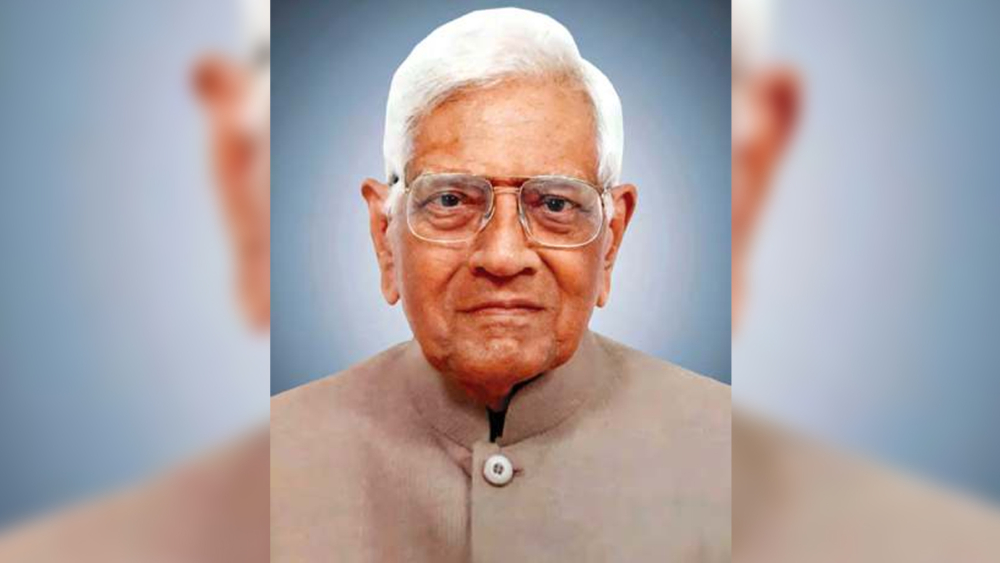 Highly respected Dr. Mahesh Mehta known as Maheshbhai is gone. This is very disheartening news. Like thousands of others, we are sad and will immensely miss him.

In consonance with the Sanskrit sloka ‘Vasansi Jeernani Yathaa Vihaya…’ we have to accept the fact. We offer our heartfelt condolences.

Maheshbhai was the founder of VHPA, he was the soul of VHPA, and he was the mover and shaker of Hindu community everywhere.

Maheshbhai was a Pracharak in his early life; and everyone looked at him very high regards due to that background.

When Maheshbhai founded VHPA in 1970, he nominated Savita as one of the members of the first Governing Council (GC), and he included Prabhakarbhai in the following GCs. During the GC meetings we learned a lot from Maheshbhai’s contacts and exemplary leadership.

At one telephone call, Maheshbhai was always available wherever people wanted him. People are engaged in watching TV series, attending galas, or just enjoying weekends doing nothing. Maheshbhai sacrificed such enjoyments and was always out on weekends for purely Hindu work, visiting Hindu communities even at long distances. It is left to one’s imagination how much money and energy Maheshbhai must have spent on travel. That was a tremendous sacrifice by him and his family. Wasn’t it?

Maheshbhai was a superb speaker. Whenever he gave a lecture, he drove his uplifting ideas very well right to the hearts of the listeners. Audience was always inspired and everyone was driven to action after Maheshbhai talked.

Maheshbhai gave talks in almost every major city in America. We were fortunate to attend many such lectures. We still remember Maheshbhai’s forceful speeches.

Academically Maheshbhai was highly qualified. In addition to his office duties and public service, he took the challenge of conducting Bhagwad Geeta classes. That needed much extra academic effort. We were amazed at his proficiency in running the classes.

Maheshbhai was a leading scientist, was a founder, and was a superb leader. However, he did not have a shred of ego. Meeting with Maheshbhai or being in his company was nothing but pleasure.

Throughout so many decades Maheshbhai led VHPA and Hindu community superbly well.

SMT. Raginibahen ji, the loving wife of Maheshbhai, played a great role in all the success that Maheshbhai achieved. We visited their residence a few times, and we are saying this from our own experience. She was always calm, quiet, peaceful and helpful in every way that she could. We are with her in this difficult time. We wish and are sure that Maheshbhai’s Aatma will rest in peace.

Dr. Prabhakar Joshi and Dr. Savita Joshi have served on VHPA’s Governing council. They were instrumental in establishing VHPA in the southeast region.