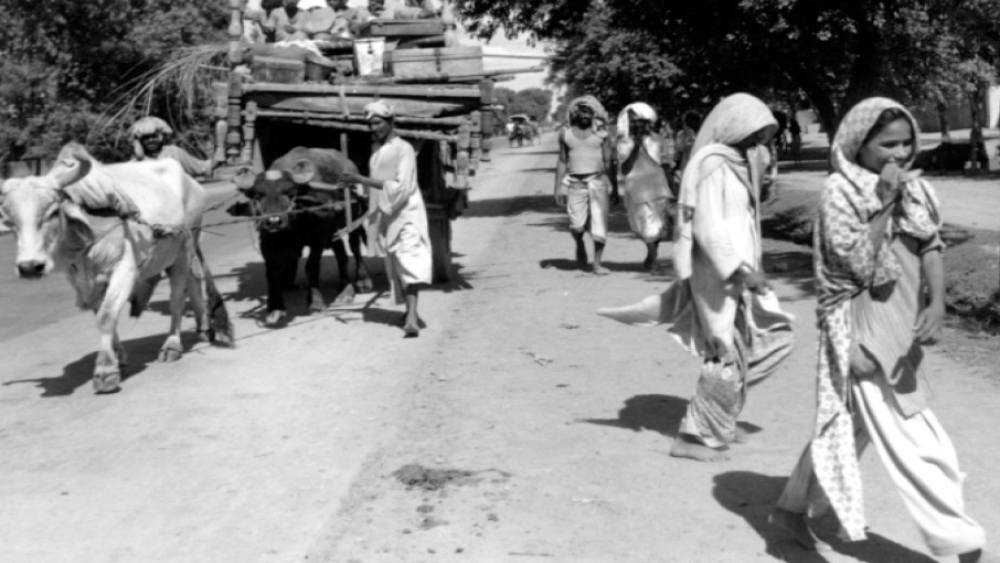 I am writing this article to support the article “The Lessons of 19th January 1990 and Kashmiri Genocide” by Rajat Mitra in the Jan-Mar 2021 issue of Hindu Vishwa.  Mr. Mitra has witnessed the recent Kashmiri Genocide of 1990 and wrote a very scholarly article.  But I am a survivor of the long-forgotten Kashmiri Genocide of 1947 and was held prisoner in Alibeg, Pakistan Occupied Kashmir (POK) from 1947-48. In 1947, around 150,000 Hindus and Sikhs lived in Pakistan Occupied Kashmir (Mirpur, Muzaffarabad, Bhimber, Kotli, Poonchh, Bagh, etc.) along with 1 Million Muslims. During the Pathan and Pakistani army invasion in October-November 1947, most Hindus and Sikhs were killed, and their women kidnapped, including my uncles and aunts. Pakistan Occupied Kashmir was ethnically cleansed of Hindus and Sikhs. 25,000 of those Hindus and Sikhs were from Mirpur. Following are the excerpts from my book “Forgotten Atrocities: Memoirs of a Survivor of the 1947 Partition of India”. 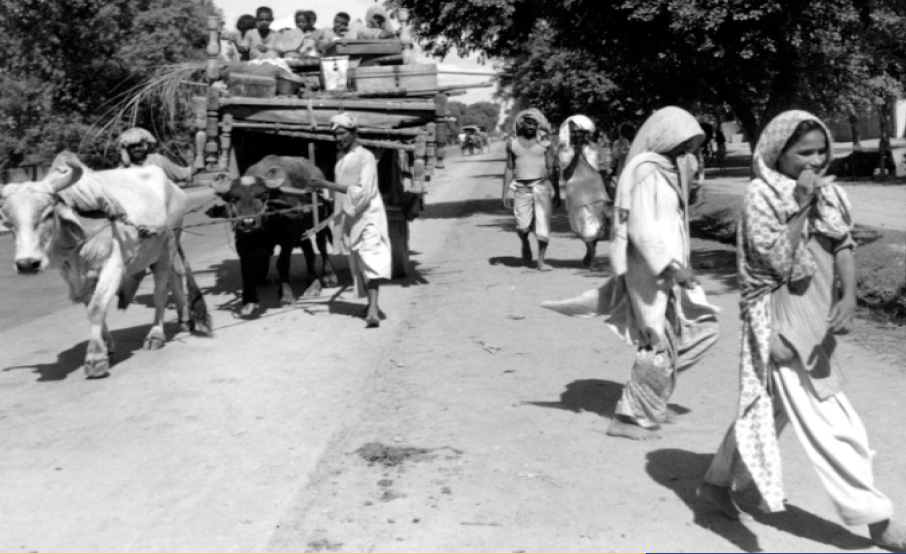 “The blood dripping from head, skin started to peel off from the wrists for hands tied in ropes, the bent of the lifeless neck signaled unconsciousness, feet with cuts and torn skin, having no ounce of energy to balance so were hanging in a way as if they would never walk again, face scarred with injuries, lips dried and requesting for water, with the visible red marks left by the Pathans and Pakistan army. These were the scenes I saw on the way to Alibeg Prison. The windows were broken that let the chilling Himalayan winds cut through the wounds. It was such a pitiful condition but there were hundreds of youngsters and men bearing the same or even worse torture in the prison of Alibeg. Where death seemed merciful, but the man had forgotten everything about it. “

I thought of every night to be my last. I would pray for death to put an end to my miseries, but the lines of my hands had a long life written in them for me to witness something more. The tears in my eyes had dried after crying so long for so many.

But every time I closed my eyes, the only thing I would see was Mirpur, my beautiful home, and my blissful life. The cool mountain breeze and beautiful snow-capped peaks presenting the most mesmerizing sunsets and sunrises in the world. The calm stillness in the surroundings was there in the people too. And under the reign of our Maharaja Hari Singh, the people were living happily. My maternal grandfather was a Tax Collector of the Maharaja and owned a double-story house with a big compound at the back. We had a big family of 15 people including my maternal and paternal family including grandparents, siblings, cousins, uncles, and aunts. Mirpur had a high school, college, and a middle school for girls. I completed my education until grade 5. I stayed in my paternal house till 4th grade and continued the 5th grade from my maternal grandparents’ house as the school was near their home. The chimes of bells with the Aarti of the Hindu Arya Samaj Temple, occasional countryside trips, the hustle and bustle of fairs of Eid, the Ram-Leela during Dussehra, the tableaus and processions during Krishna Janmashtami, and the celebrations of Guru Parab coexisted.

But all this was like a beautiful dream when the eyes opened to the reality of those prison bars, the smelly ragged blanket, the stinking smell of blood and flesh everywhere, walls filled with screams and cries of the ‘prisoners’ who were imprisoned in the name of Allah. Around 15 to 20 young Hindu/Sikh men were being killed every single day in front of us. Some were waiting for their turn and some were still praying for help from the heavens.

I still get nightmares thinking about that part of my life, where witnessing death was an everyday scenario, and to my helplessness, I couldn’t change it then; not for myself, nor for anyone else. Who could have ever thought of a Hindu-majority city being invaded in such a brutal way as if the angel of death had visited?

Pathan mercenaries backed by the Pak Armed Forces attacked J & K state in October 1947 that vitiated the cordial relations among Hindus, Muslims, and Sikhs. The city remained surrounded and was turned into a fortress by the Pathans until November 25, 1947. Nothing could go in or out. Firing could be heard round the clock. As starvation set in, the destitute Hindu Refugees from Gujrat and Jhelum sought shelter in Arya Samaj buildings and lived off the depleting food, offered in charity. My family was also starving and feared for their safety. On November 25, 1947, the Pakistani forces along with the Pathans took a victory in the city. There were around 25,000 Hindus and Sikhs in the city then but soon thereafter approximately 2500 were killed in the Pak artillery fire. Another 2500 escaped with the J & K Army which was retreating after defeat. Due to shelling and cross-firing, a major part of the city was burning in flames that caused a major migration in the middle of the night. Houses were burning, streets were engulfed in smoke, there was blood everywhere; it was all very horrific. The house of my paternal grandparents was burnt to the ground. My grandparents and a paternal Uncle were cremated alive. The disabled took shelter in an old judicial building and my mother who could not walk was left along with thousands of people in the Court House. I was a 10-year-old boy who was forced to leave his mother in that unsettling and terrifying environment. She hugged and kissed me, and then we left her. With a heavy heart and teary eyes, I bade her goodbye, wishing in my heart to see her soon and praying to God, to keep her safe.

Our caravan was very large, the refugee count was in thousands. Many homeless, hopeless people who had left their homes and loved ones were making their way to Jammu. But unfortunately, the massacre had just begun. Pathans and the Pakistani army attacked us on our way and many people lost their lives in the firing in the dark. By the dawn, twenty thousand people were captured. All Hindu and Sikh prisoners were made to march towards Alibeg prison. Out of 20,000 prisoners, half of them were killed on the way, and over 5,000 young girls and women were abducted, including my two maternal aunts. Only around 5,000 people could make it to the Alibeg prison alive to be tortured like animals. I saw Hindu and Sikh men being hunted with swords or were shot to death; some were my uncles. Anticipating what was ahead, many women consumed poison and committed mass suicide as they could not bear the idea of their body being disgraced. It took us 3 long days to reach the prison but the worse was yet to come.

Alibeg prison, an abandoned Gurudwara, was a dilapidated old building with a large tomb-like structure in the center and some small ones along on its sides. It was winter and the deadly chill in the winds made the place howl. A Sikh holy shrine was converted into a slaughterhouse. We were kept in rooms that were used as prison cells and were given 0.5 oz of wheat flour/person/day. By the end of December, about two thousand people had lost their lives at the hands of the prison guards. More than a thousand including children and the elderly were sick, many deaths occurred due to sickness, malnutrition, and food poisoning. Men were randomly killed, and women kept on going missing. No Sikhs were left alive. I had to watch two of my four cousins die due to starvation after their mothers were kidnapped. There was no end to these atrocities, but the end of our lives seemed just around the corner.

In January 1948, the International Committee of the Red Cross (ICRC) arrived at Alibeg prison and the killings stopped. Then they started the rescue mission to get the people out of there. By April 1948, the said ‘prisoners’ from this concentration camp were taken to the refugee camp set up in Kurukshetra via train through the Wagah border. Only 1600 refugees including children, widows, and old survived.  My brother and I were two of those survivors.  My father, though, had died when I was 3 and I used to miss him a lot. But after seeing all this, I am glad he was not there. Imagining him dying in front of me would have been much more painful.

In 2006, one of my maternal uncles who was 80 years of age at the time visited Mirpur again. And what he told is heartbreaking. He said that the whole area has now been submerged to make the 7th largest dam in the world; Mangla Dam. And a new Mirpur with new infrastructure and new people, has been established which is now the largest city of Azaad Kashmir (Pakistan Occupied Kashmir)”

I have seen countless deaths, been through atrocities, and have seen people getting killed. Yet, I stand to say that the youth of both countries must forget the sufferings of their forefathers. Their forefathers who lived at that time would not now be able to recognize the place they called ‘home’. Nor would they ever want the place they loved to perish like this.

Bal Krishan Gupta, Atlanta, Georgia, USA,
authored a book- Forgotten Atrocities: Memoirs of a Survivor of the 1947 Partition of India