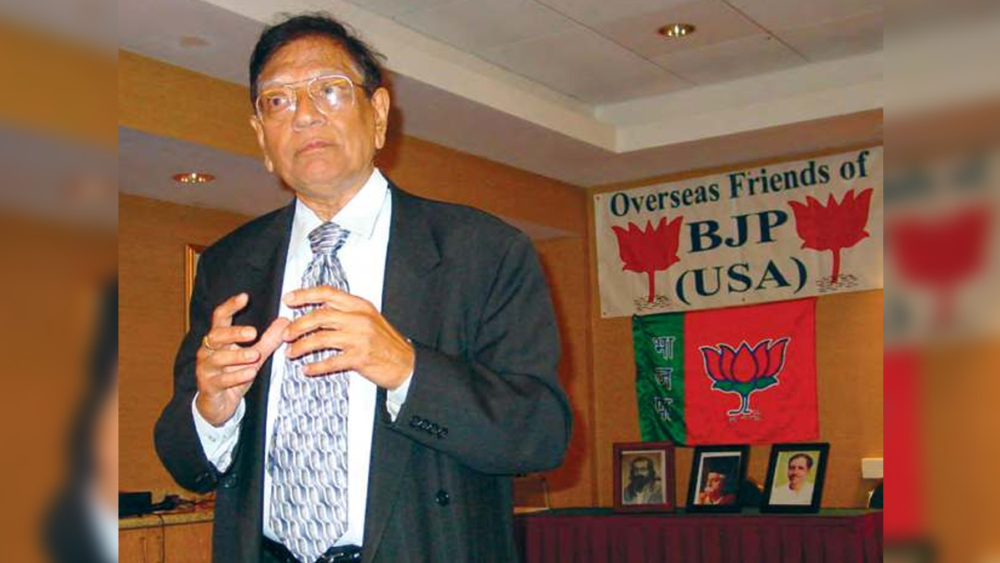 Maheshbhai was larger than life, and now that he is gone, his memory and his legacy continue to inspire so many whose lives he touched. He had a vision: to create an indelible imprint of Hindu values and thoughts in this country. He had a plan: to create institutions that would effectively implement his vision. He recognized that the institutions would last and reach their potential only if there are capable and dedicated men and women to take ownership and selflessly contribute to further and strengthen the institutions and to stay steadfast, never losing sight of the goal. And he was a Karma Yogi who gave every breath of his life to ensure that adequate progress is made each day. Fortunately, he had a life partner who shared his vision and the value of his mission: Raginibahen. His sister in-law, Anjleebahen, with him from early on, cheerfully assisted him, taking a leadership role under his guidance.

I was fortunate to be a participant observer. Several incidents come to mind, and several conversations – in their kitchen and living room in Massachusetts, in meetings and conferences, and in Manohar Shinde Ji’s house in California – are memorable. I will share a couple. Maheshbhai always led from the front, setting a high bar. The day he told me he was going to resign from his job I was, of course, curious. Why, I asked, because he was a brilliant scientist who was actively engaged in research. His response was that, because of his work at the office, he was not satisfied with the time he was able to devote to the Vishwa Hindu Parishad and he would like to give full time there.

After one meeting, he confided in me that he was concerned about the progress in creating awareness of and enhancing the appreciation of Hindu thought in the U.S., and that he would like to work in Bharat, as well. Subsequently, he did begin his abhiyan in Bharat. As I visited him while he was unwell, he shared with me his hope that the succeeding generation of Hindu Americans in this country will not just keep their identity intact but will deeply influence all aspects of life here.

I was sadly not in constant touch with Maheshbhai after he left for Bharat. And now that he is gone, I, along with so many others, deeply miss him.

Dr. Ved Prakash Nanda is Zonal Sanghchalak of Hindu Swayamsevak Sangh (HSS), for the America Zone which includes all countries in North and South America.