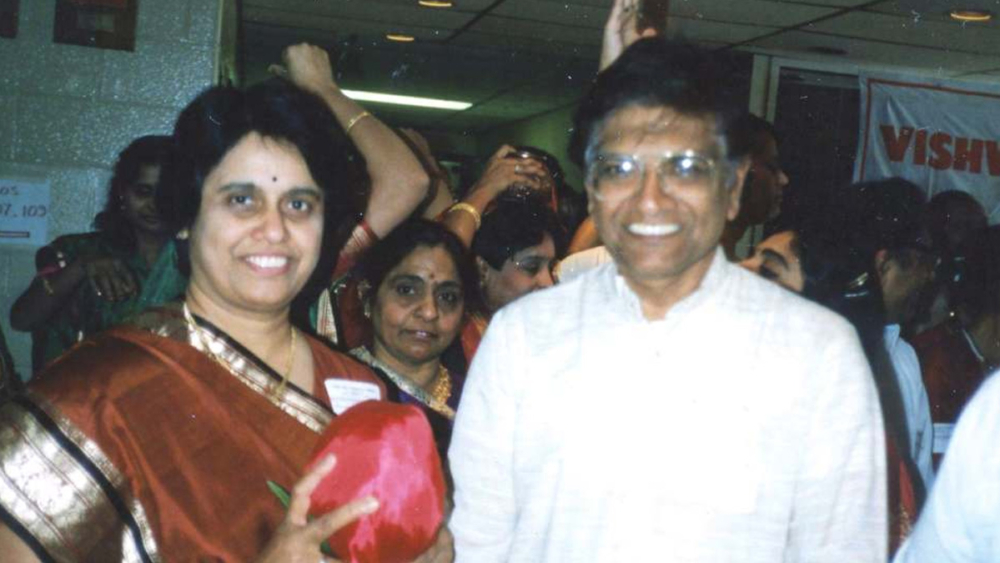 “Organization does not merely mean a crowd, a front or a meeting. Organization implies bringing and keeping the people together and making them realize the purpose for their remaining together. This is no easy task, said Pujaniya Shri Balasaheb Deoras.”

Maheshbhai was an epitome of such skills of pioneering Hindu movements in North America and being able to organize Hindu society. His exemplary skills of aatmiyata, samabhav, and uniting Hindus for a noble purpose was second to none. He was a fatherly figure for scores of karyakartas. Had he taken the most often travelled path by Indians in America, he would have seen his numerous patents in Polymer Science and his subject matter expertise would have seen him as very notable only in the field of science and personally in his economics. He could have been very rich and famous. But he took the not traversed path of organizing Hindu society continuously in its infancy during the seventies. Even during the last days/months despite his ill health, he was seen in conference calls/videos.

When he got up to talk, his speeches would be nothing short of a motivation with very practical ideas to achieve a bigger vision. He was a man of substance, clarity, and conviction and could articulate even difficult or herculean tasks pretty effectively. This only goes to say he was the one who was practicing it as ‘experience was the biggest teacher’. As a Karma Yogi he undertook many difficult tasks and kept moving despite facing many ups and downs but he was steadfast.

He continually worked and motivated for the betterment of Hindus and Bharat. Having been in the forefront during emergency or starting up Hindu movements across America, his organization skills with tremendous leadership was something that he would pass on to the coming generations. With his passing away, we have lost a Pillar for Hindus as his sheer presence would be reinvigorating and keep ushering everyone to the noble path of Vishwa Dharma.

He has left on all of us an indelible mark that will keep us focused on our goals. The best tribute for any of us will be to achieve what he visualized that Hindus can unitedly achieve.