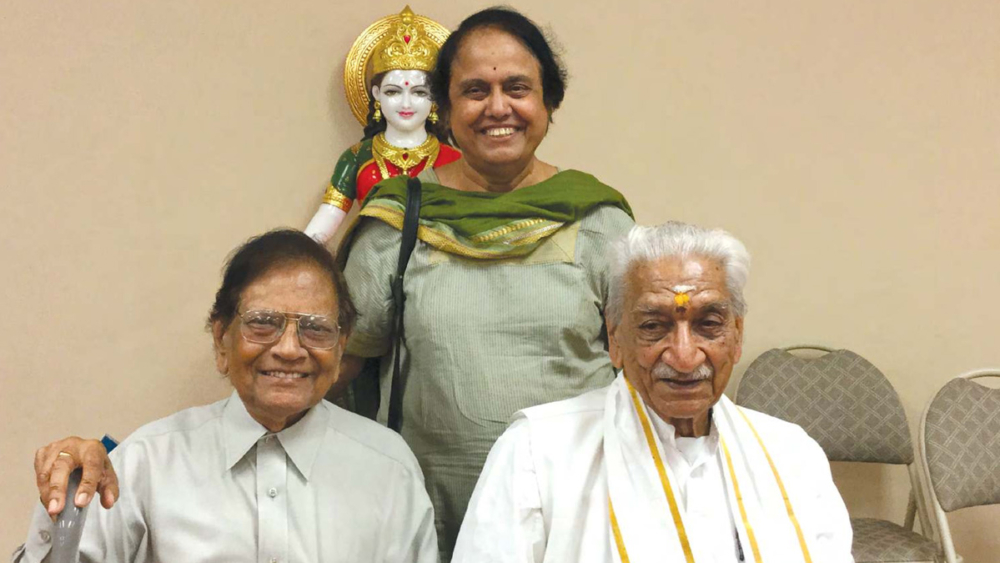 Maheshbhai Mehta was a garland maker. A garland maker puts together beautiful flowers in a string. Similarly, Maheshbhai found wonderful, competent people such as Ramesh Patel, Jyotish Parekh, Madhu Jhaveri, Ram Prakash Agrawal, Ramesh Shah, Ajay Shah, Jayesh Mehta, Virendra Parikh, Yashpal Lakra and others too numerous to list here and connected them together like a garland to work for social causes.

Maheshbhai had mastered the technique of (social) “open architecture”. You never felt like a cog in his grand plan, on the contrary, he helped in making your contribution relevant to the whole. Hindu philosophy which sees God’s spark in every individual celebrates the contribution made by all. Maheshbhai lived this philosophy in practice. When you went to him with a new idea or concern, he would listen attentively, grasp the idea and try to connect you with the resources for implementing it.

Non-covetousness (Aparigraha) was another quality of Maheshbhai. He worked hard as a founding member of many successful institutions such as Hindu Students Council, Friends of India Society etc.,

yet he did not demand a life-time position on their boards. Instead, he handed the leadership of the institutions to others so that they may flourish, and the individuals may grow as leaders.

The hospitality of Maheshbhai and his family is legendary. In early years when they lived in an apartment on third floor in Jersey City, the dining “table” consisted of a large plastic sheet which was spread on the floor around which typically 12 to 15 people gathered for meals on weekends. Most of these folks came to discuss social projects. Later, as his and Raginiben (his wife)’s careers advanced and they moved to a house in Needham, Massachusetts, they had two dining tables which were often not big enough to seat all the visitors they had. The visitors made themselves comfortable on the carpeted floor or the family room chairs and the swing for eating. Food items were kept on the large kitchen counter which were lovingly getting replenished by Raginiben and Anjleebhabhi (his sister-in-law) who were Annapoornas and congeniality incarnate. If someone had come from a long distance and it was getting late, they were offered a spot for sleeping overnight. Many great relationships were cemented and understandings reached during these informal meals.  Maheshbhai was not just one individual working to fulfill his ideals but all his adult family members: Raginiben, Anjleebhabhi, Subhash Mehta, Shubhdaben, Atul Pandya and Meenal Pandya lent their support with their head, heart and pocketbook.  His nephew, Haril Pandya, who has grown to be a fine young man, had a childhood with record numbers of uncles and aunties who came from far off places during weekends.

Dedication and sacrifice were another hallmark of Maheshbhai and his family. They had a comfortable house in Needham, Massachusetts but soon they made many additions to it to have a large meeting room with an altar of Goddess Saraswati, a full-fledged office, complete with a typesetting machine and copying machine and computers which were expertly managed by Anjleebhabhi. All this was done by Maheshbhai and Raginiben on their own at nobody else’s behest. Their accomplishments in teaching seva by example are truly priceless. My wife Bala joins me in expressing our fond respects to Maheshbhai and his family.