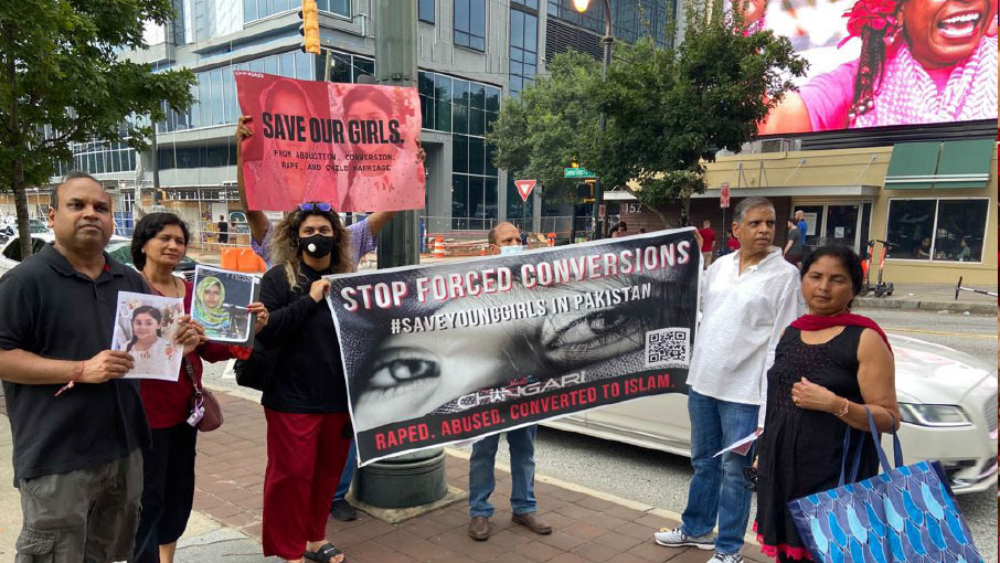 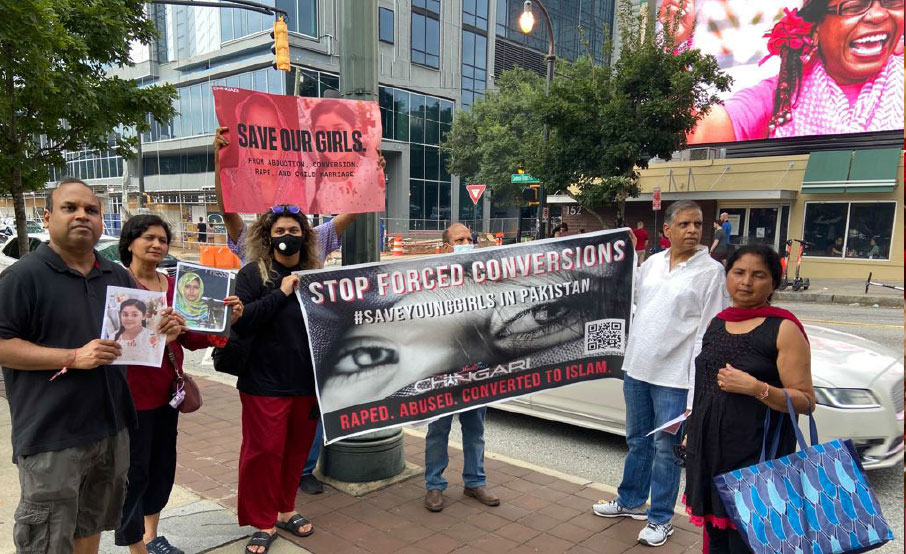 About 30 Hindu activists from the Tampa Bay area converged on a busy intersection in Tampa on September 18, a warm Saturday to register their protest against the kidnapping, enslavement, rape, forcible conversion to Islam, and marrying off of hapless Hindu girls to older men in Pakistan.

The situation for girls belonging to minority religions in Pakistan has gone from bad to worse. There is a concentrated and well-orchestrated effort by vested powers, both religious and political, with the connivance of the police and the judiciary to terrorize and decimate whatever small minority is left in the theocratic State of Pakistan. 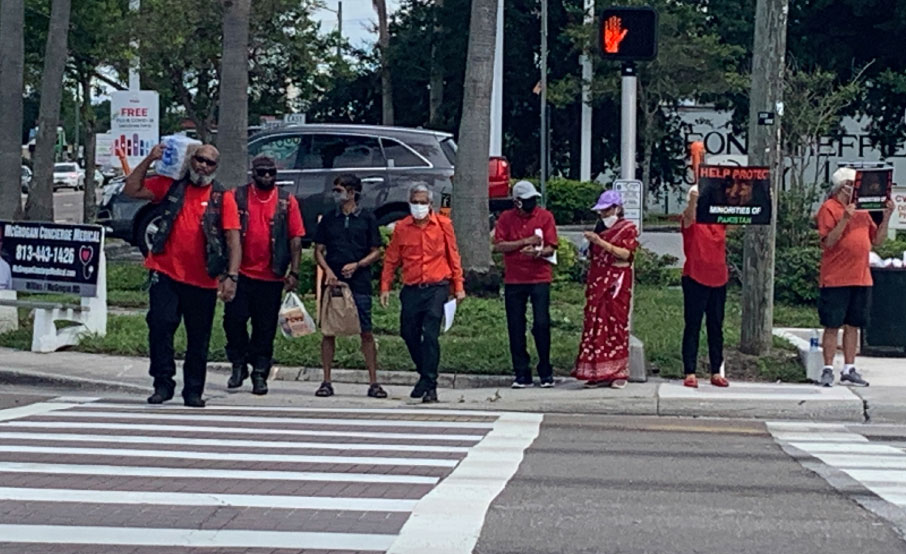 While West has taken notice of this ongoing cruelty but nothing has been done by any government. If anything, the USA continues to give billions in aid to Pakistan.

Therefore, it is high time that the man on the street is educated about the menace of Pakistan. This protest vigil was organized by CHINGARI, i.e., Coalition for Hindu Girls Abducted and their Rights,  a project of Vishwa Hindu Parishad of America (VHPA.)

The activists, led by Nainan Desai, a reputed leader in the area,  divided into four groups and stood at all four corners of the intersection of North Del Mabry Highway and West Kennedy Blvd. that sees heavy traffic at all hours of the day. They held placards that read, “Help Protect Minorities of Pakistan,” “100’s of Hindu Girls Kidnapped, Trapped, Enslaved in Pakistan every year,” “Stop Slavery of Hindu Girls in Pakistan,” “Stop the Rape of Hindu Girls in Pakistan,” etc. There was no slogan-shouting but members actively approached the vehicles stopped at the traffic light and gave out a fact sheet that detailed the plight of Hindu and other minority girls in Pakistan and reports from credible media sources. The reception from the drivers was very positive.

All participants were dressed in red of different shades signifying the color of a “Chingari,” i.e., a spark.

All small and large fires start with a spark. Chingari project expects that the spark lit on this fateful day will grow to a large fire that will attract worldwide attention to the complicity of Pakistan’s rulers in perpetrating this horrible atrocity on its Hindu and other minority citizens and will compel the human fraternity to force Pakistan to mend its ways.