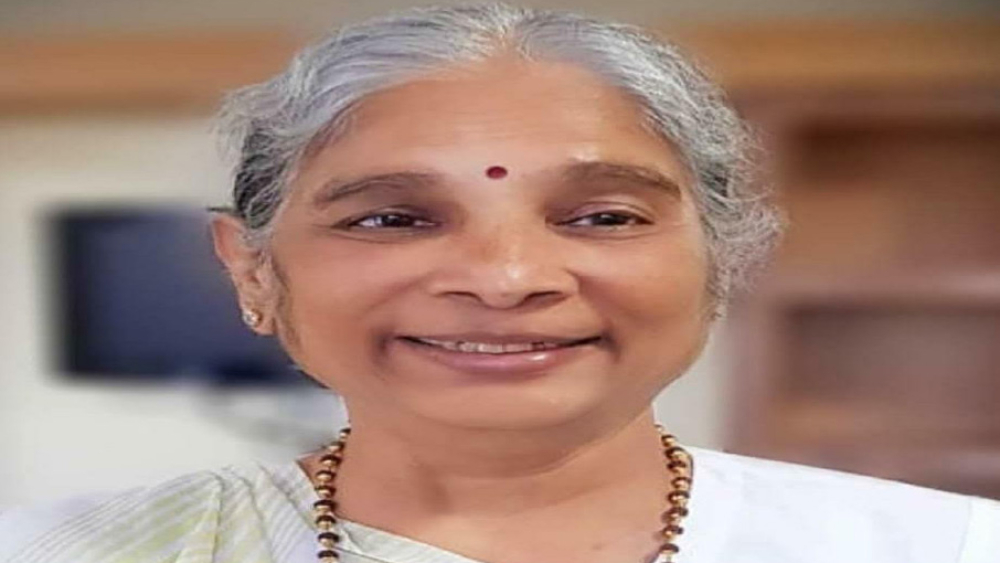 Vishwa Hindu Parishad of America (VHPA) regretfully announces passing away of Mananiya Anjleebahen Pandya, its Director of International liaison on the 19th of May at Gandhinagar, Gujarat at age 71.  She battled cancer for last three years.

Anjleebahen served Vishwa Hindu Parishad of America (VHPA) in various capacities including its General Secretary and a fulltime unpaid volunteer for many years. Her contribution to VHPA right from its inception is immeasurable. 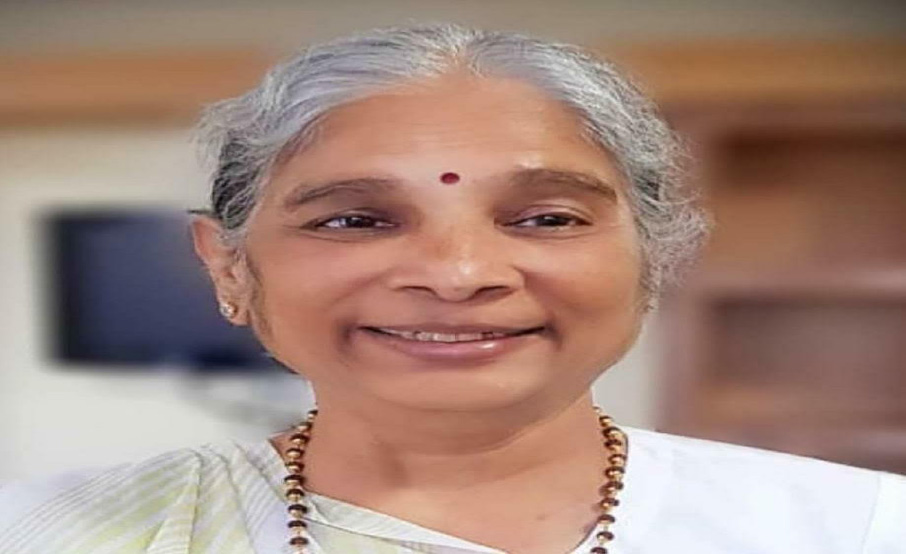 Anjleebahen’s life is an inspiration to anyone facing hardship in life. She was widowed at age 24 with a two-year-old baby being in the USA for less than three years she faced many challenges. From a docile young lady, she became a powerhouse of energy, Seva and Samparan. She dedicated her life to the Hindu society not only in USA but across the world. Anjleebahen began as a volunteer graphics and layout artist and a typesetter for VHPA’s magazine Hindu Vishwa. Soon she developed confidence and her horizon expanded to include understanding of the issues of the Hindu society in USA and management of a growing organization.

She was the moving force behind VHPA’s major conferences in 1984 and 1993, Dharma

She excelled in working with children and youth in youth camps. To the campers she was a mother. To the volunteers she was a loving sister.

She took active part in fighting Mrs. Gandhi’s emergency and in Shree Ram Janmabhoomi movement. She traveled extensively to many countries where she was invited to help with the planning of major events. She was one of the key persons in managing South Africa’s first World Hindu Conference in 1995 that drew 30,000 Hindus and was graced by the presence of Nelson Mandela and scores of saints and swamijis.

Anjleebahen had the innate ability to work enthusiastically with all – from a new volunteer to the high and mighty. By force of her dedication and sacrifices, she had earned trust of her coworkers, religious heads, swamijis and national leaders. She was as at ease meeting the king of Thailand as she was entering residence of then Prime Minister Vajpayeeji. She handled with finesse challenging task of convincing various religious heads to sit together on VHPA’s platform for the good of the Hindu Samaj.

“Anjleebahen was the epitome of a selfless volunteer totally committed to the Hindu cause. Throughout her life she inspired people and organizations with her boldness, dedication, determination, creativity, kindness and compassion.” Said Dr. Abhaya Asthana, immediate past president of VHPA.

Shri Sanjay Mehta, immediate past General Secretary of VHPA summarized Anjleebahen’s persona thus: “Anjleebahen was a strong sutra between Hindus of America and Bharat. In this role she used to visit Bharat frequently. Upon her return from Bharat, I used to ask her, ‘Bharat Mata kaisi hai (How is Bharat Mata)?’ Her prompt answer with a smile was always, “Mere jaisi mast hai (joyful like me!)” Anjleebahen was Shubhra Jyotsna (radiant white) in her appearance and role. She has tied many of us in the eternal Raksha Bandhan sutra.”

Dr. Ved Prakash Nanda, former head of Hindu Swayamsevak Sangh (HSS) and an authority on International Law and a Padmabhushan said: “Anjleebahen truly embodied Service Above Self. I had the privilege to work with her on several projects and had the opportunity to witness her untiring and selfless efforts for all Hindu causes. She had an infectious smile and cheerfully brought people together to serve society. In large and small events alike, she was the heart and soul.”

Shri Ramesh Shah, Chairperson of Ekal Vidyalaya Foundation, USA said, “In the history of VHP she will be remembered as lone star from USA.”

Shri Shridhar Damle, who has spent better part of his life doing research on the true history of Bharat wrote: “When Anjleebahen lost her husband at a very young age with a small baby to take care of, she had two options: traditional one was to take care of the baby with a relative  or the modern option of remarriage. Rather than the ’Kati  Patang‘ syndrome,  bold Anjleebahen chose a different option- to serve the Hindu society, while taking care of  boy under loving support and guidance of Dr. Mahesh and Dr. Ragin Mehta.”

Shri Girish Gandhi, a member of VHPA’s Advisory Board reflected thus: “She was the “Shakti” in true sense behind all the work done under the umbrella of VHP of America.”

Smt. Manju Tiwari, a member of the VHPA’s Executive Board connected Anjleebahen’s last rites with the essence of her life: “Even her last rites were performed by those who were not her blood relations. That was Anjleebahen who always made even unknown people her own.

To consider all as your own is the mark of a saint.”

Dr. Mahesh Mehta, founder of VHPA who took Anjleebahen under his wings after her bereavement and encouraged her to develop her full potential, rights from Bharat: “The early loss of life of Anjleebahen has left a big vacuum in various types of Hindu Services. She served many Organizations across the world. She was a leader with organizational skills and knew how to keep strong relationships She was a daughter to senior leaders and Didi to younger ones. It is difficult to fill the leadership void of her gravity.”

Dr. Shankarrao Tatwawadi Ji, a senior RSS functionary writes, “Anjleebahen was the link to all leaders, saints and organization for VHPA’s founder Dr. Mahesh Mehta. One thing worth admiring is that in spite of the terrible Illness, Anjleebahen was always cheerful.”

Gaurang Vaishnav, Executive Vice President of Global Indians for Bharat Vikas (GIBV) and a former General Secretary who worked closely with Anjleebahen for more than 40 years said: “Anjleebahen’s life is an example of the victory of inner strength and power of ‘tapsya’ over seemingly unsurmountable difficulties. She faced the adversities head-on and succeeded in becoming a leader who didn’t know what ‘impossible’ meant.”

Ajay Shah, President of VHPA said, “Anjleebahen epitomized selfless service.  No task was too big or too small for her.  She treated everyone around her as a member of family; she inspired and led by her dedication.  Her organizational skills were exceptional.  Leadership came naturally to her.  Fifty years ago, it was uncommon to see women leaders in public life. Ajleebahen, paved a way for generations of Hindu women leaders who follow in her footsteps.  VHPA will announce details of a womens’ leadership and educational initiative in her memory.”

Anjleebahen moved back to Bharat about 10 years ago. While there, she became very active with Global Indians for Bharat Vikas (GIBV) a USA base NGO working for rural empowerment and educating citizens of their responsibilities and rights. She served as its President in Bharat.

Besides being an active volunteer, Anjleebahen was an artist. She was a good painter, decorator and a versatile singer. She also authored a book in Gujarati detailing Hindu Samskaars and customs as observed in certain communities in Gujarat.

She leaves behind a son, daughter in law, two grandchildren and thousands of admirers across the globe.